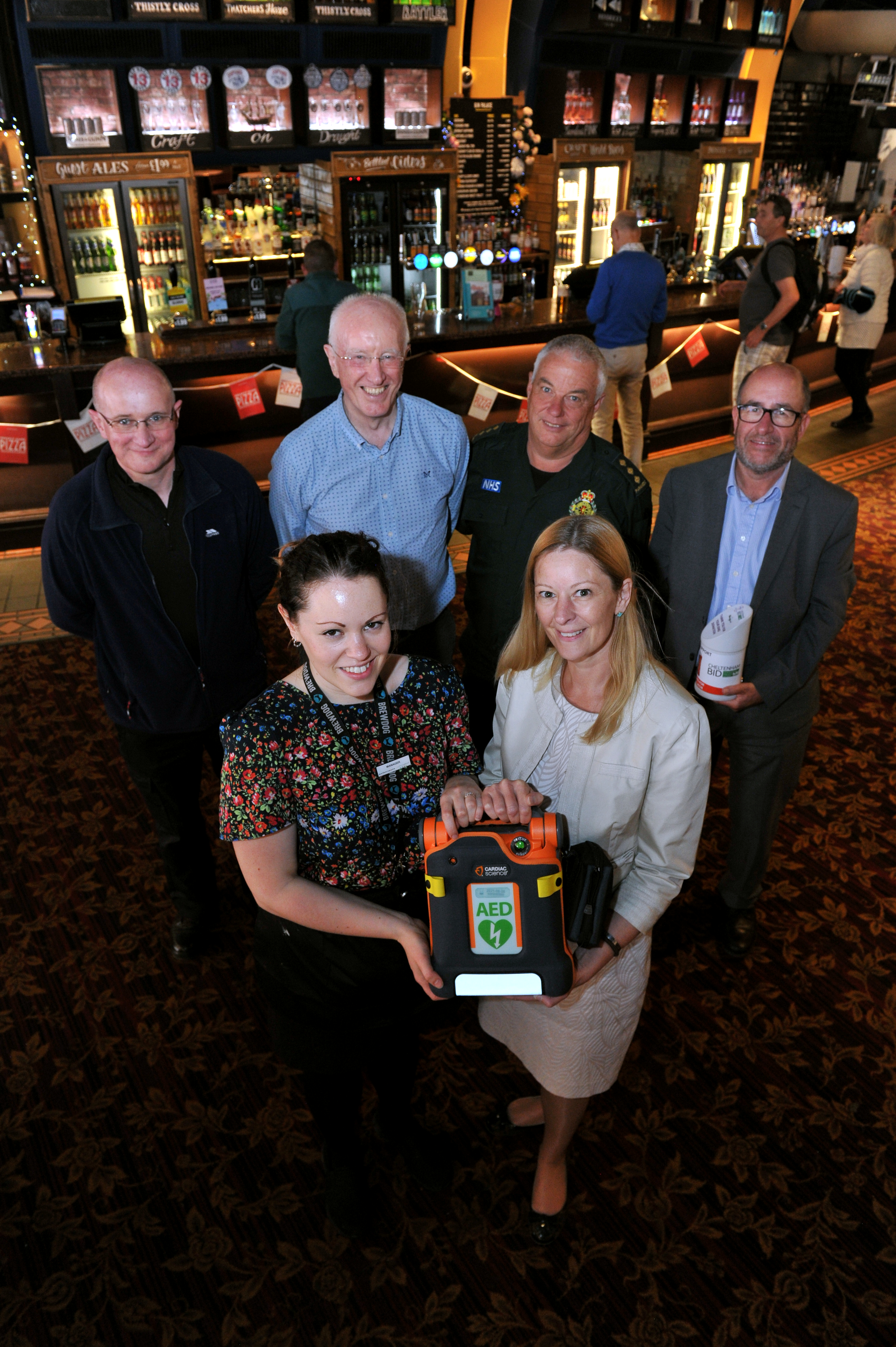 The campaign to fund life-saving defibrilators in businesses across Cheltenham, supported by the BID, is off to a flying start.

The first defib has now been delivered to The Moon Under Water as part of the PubLIC Hearts Appeal Cheltenham.

According to The British Heart Foundation, there are more than 30,000 out-of-hospital cardiac arrests in the UK each year. The survival rate is less than 1 in 10.

Having access to a defibrillator can increase the chances of survival greatly – by up to 80% if accessed within the first 2 minutes of a cardiac arrest. But without immediate treatment, 90-95 per cent of cardiac arrests prove fatal.

The new appeal has seen collection boxes put in place on bars in pubs and clubs and in other businesses across the town to encourage donations for the defibs, which cost about £1,000 apiece.

Susie Servian, manager at The Moon Under Water, said: “We’re delighted to be the first recipients and as a venue that is open from 8am to midnight, the defib will be available most of the day and night.

“I’d encourage other venues who aren’t yet collecting for the scheme to get involved so that there will be support available across Cheltenham.”

The aim is to raise enough money to ensure that no-one is ever more than 200 metres away from a defib in Cheltenham town centre.

No-one needs to be trained to use a defib. There are clear instructions on the equipment and when someone calls 999, the ambulance service talks them through the process.