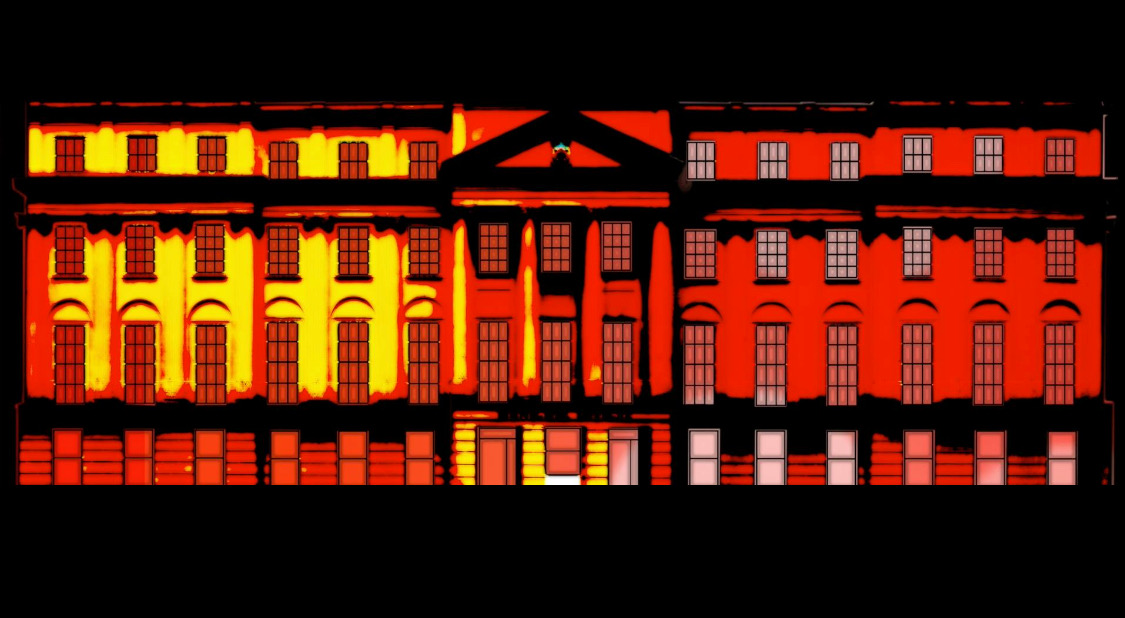 Cheltenham BID has worked with the Cheltenham Borough Council and Evenlode Films and Productions to produce a large Digital Arts Film and Animation that will be spectacularly projected onto the Cheltenham Municipal Offices on Sunday 11 November from 5pm to commemorate 100 years since WW1.

“We have produced a sensitive and impressionistic artistic vision of WW1 which will play in a 15 minute loop giving the opportunity for all to see. Without giving too much away, we have had the pleasure of filming local child star actor Mark Lester, the Royal British Legion and our local Artillery Re-enactment players. We have used local people for most of this huge project including the beautiful award-winning horse ‘Cord en Bleu’ from the Cotswold Trail Riding Center, who symbolically represents the demise of 8000 horse

This is a huge and exciting production and there is much behind the scenes work in producing a project of this scale. We have a team of animators working on various parts of the storyboard alongside five of the very best students from the University of Gloucestershire. This Trailer is just 30 seconds of something that will blow your mind for 15 whole minutes and brought to you in immersive, surround sound giving you that 3D experience.

The music has been composed and produced by Tim Mountain who has really thought about it being accessible to people of all ages. After all,100 years ago, WW1 was about young men going to war, and so as an appreciation of that, he has composed a rap sequence to the spoken word of local voice artist JDPL, a big cinematic Hollywood score and an emotive classical piece for string quartet and piano and includes our very own Cheltenham Ladies College Choir. Also, in consideration of our Cheltenham born composer Gustav Holst, and it being WW1, we have included a short section of Mars, the bringer of war to represent his musical contribution which was written before, but released just after the war.