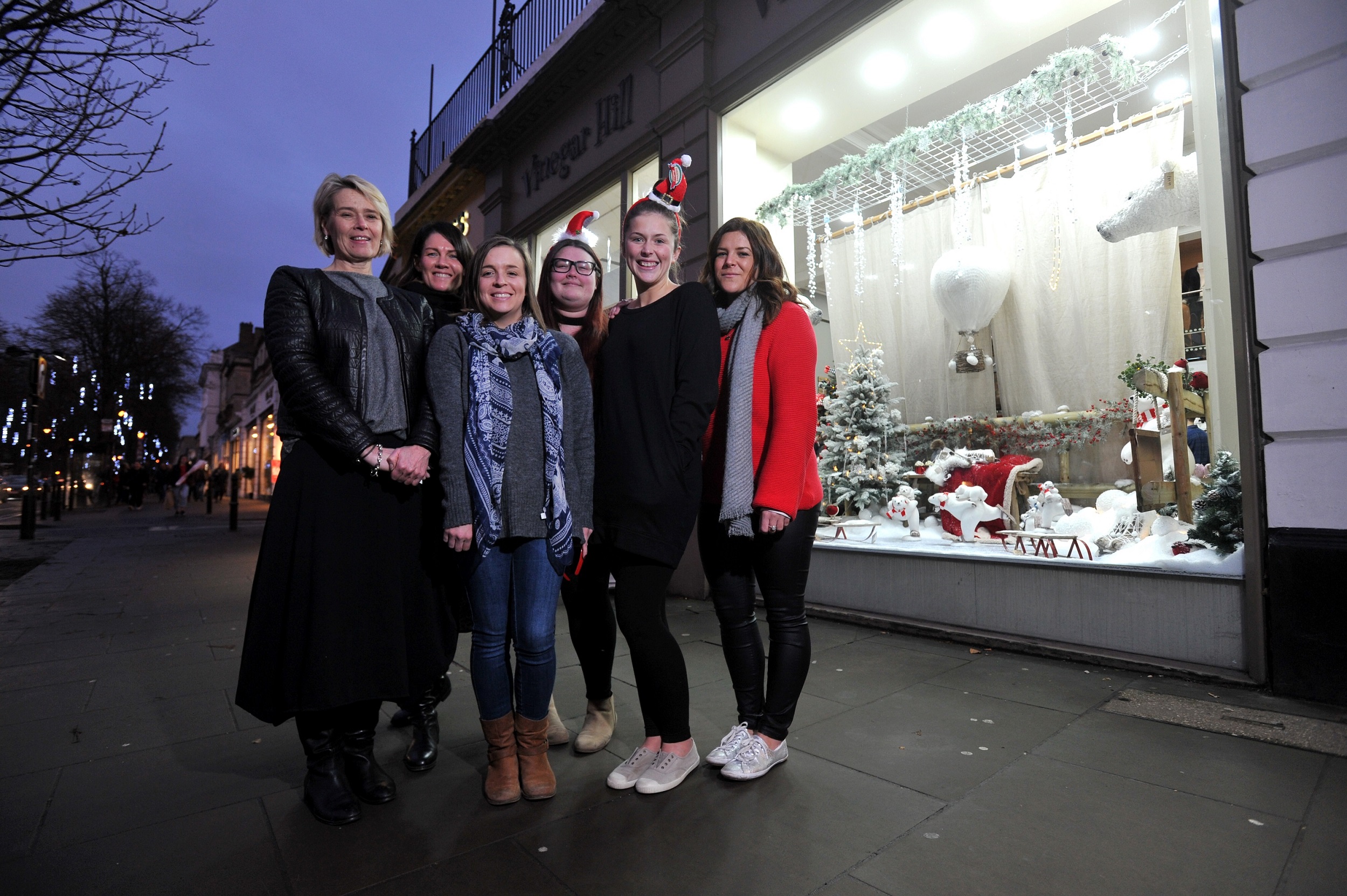 The winner of the BID’s competition to find Cheltenham town centre’s best Christmas window display is gift shop Vinegar Hill on The Promenade.

Judges were impressed by their winter scene featuring polar bears skating, sledging and generally having fun in the snow. 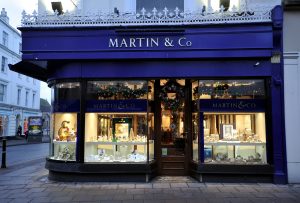 Hotel Chocolat and jewellers Martin & Co were also commended for their displays in the competition run by Cheltenham BID.

Vinegar Hill director Debbie Austin said: “We’re delighted to have been named as the winners. Christmas is such an important time for us and it’s all about ensuring we’re giving our customers what they want.

“Our visual merchandiser Claire Sosna-Bowd came up with the display but the window also reflects the passion of the whole team.”

BID director Kevan Blackadder said: “One customer left the shop during the judging and said she loved the display because it carries on into the whole shop. She was absolutely right.

“We also liked the variety in the Hotel Chocolat display over two levels and the wonderful traditional decorations on both sides of Martin & Co’s building. We had 10 finalists, all of whom have helped brighten up Cheltenham throughout the run-up to Christmas.”

The BID partnered with SoGlos, the county’s online lifestyle and entertainment magazine, for the competition. SoGlos will make a promotional video of the winner to allow them to showcase their business.

SoGlos group publisher James Fyrne, who was also part of the judging panel, said: “We were delighted to partner up with the Cheltenham BID #FestiveFacade competition, and it was great to see the local businesses bringing Christmas Cheer to the town through their windows.

“We look forward to providing the prize of a promotion for the winner, Vinegar Hill, in the new year.”