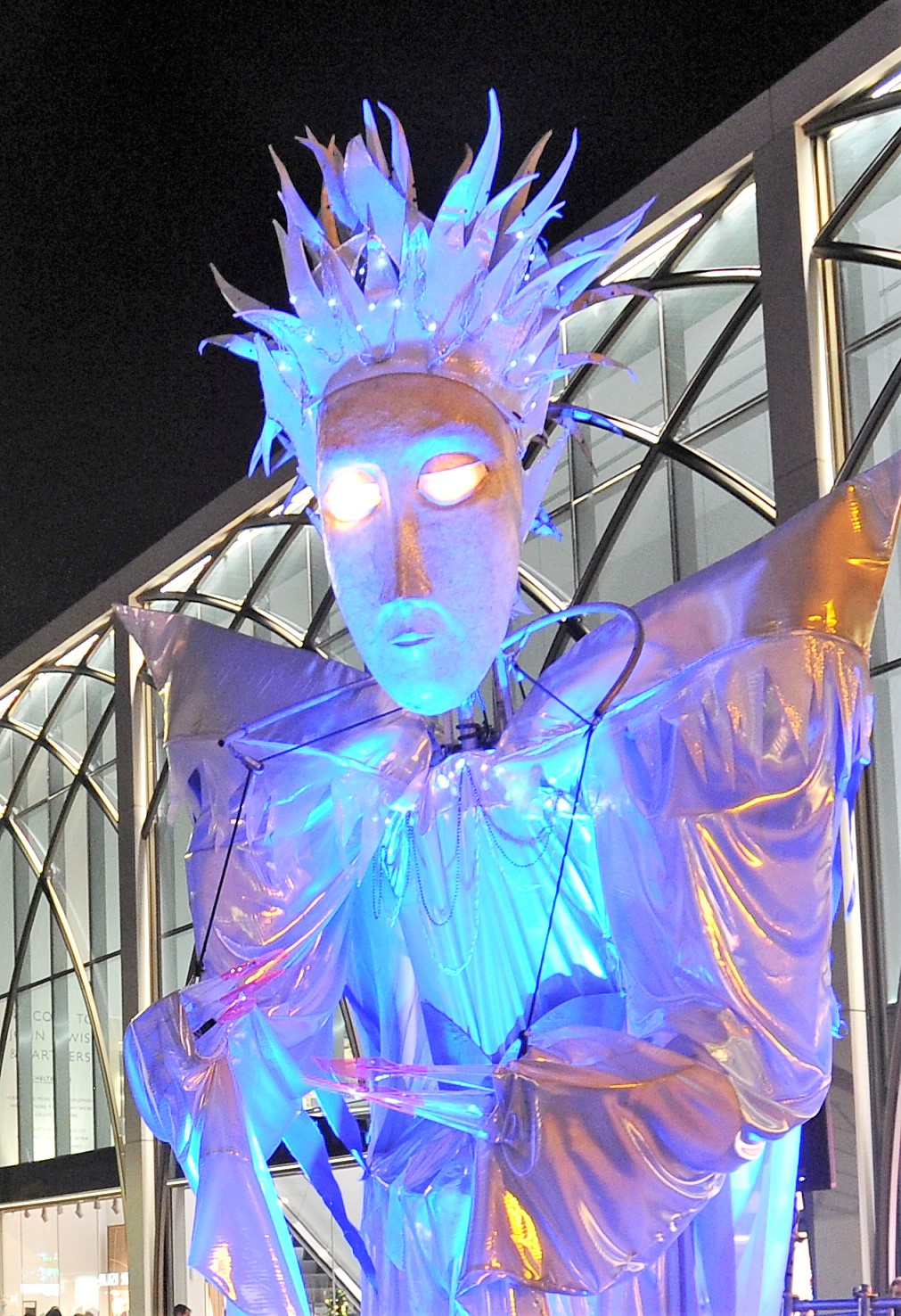 Cheltenham’s Christmas Lights switch-on was hailed a huge success as thousands of people gathered in the town centre.

A giant White Witch puppet standing more than 16 feet high enthralled the crowds as she travelled through the town centre on a chariot on Saturday.

The event saw the lights turned on in a grand finale at Imperial Gardens.

The dramatic storyline had seen the White Witch’s threat to prevent the lights being turned on fail as Father Christmas performed the switch-on to huge cheers from the crowd.

To see all photos visit our gallery page.

Cheltenham resident Sue Lightstone, of Winchcombe Street, said: “It was fantastic how the White Witch interacted with the crowds. It was wonderful for the children but for the adults as well. The excitement of Christmas is well and truly with us now.”

There were separate switch-ons at Regent Arcade, with Love Island star Frankie Foster, and at The Brewery Quarter.

Cheltenham-based company, Evenlode Productions, created the White Witch and the production around the parade.

The BID and Cheltenham Borough Council have invested in more lights this year, which sees illuminations in The Strand, Cambray Place, Regent Street and Pittville Street for the first time.

New illuminations have also been strung across Boots Corner and Clarence Parade.