Cheltenham Guardians hit the road with help from the BID 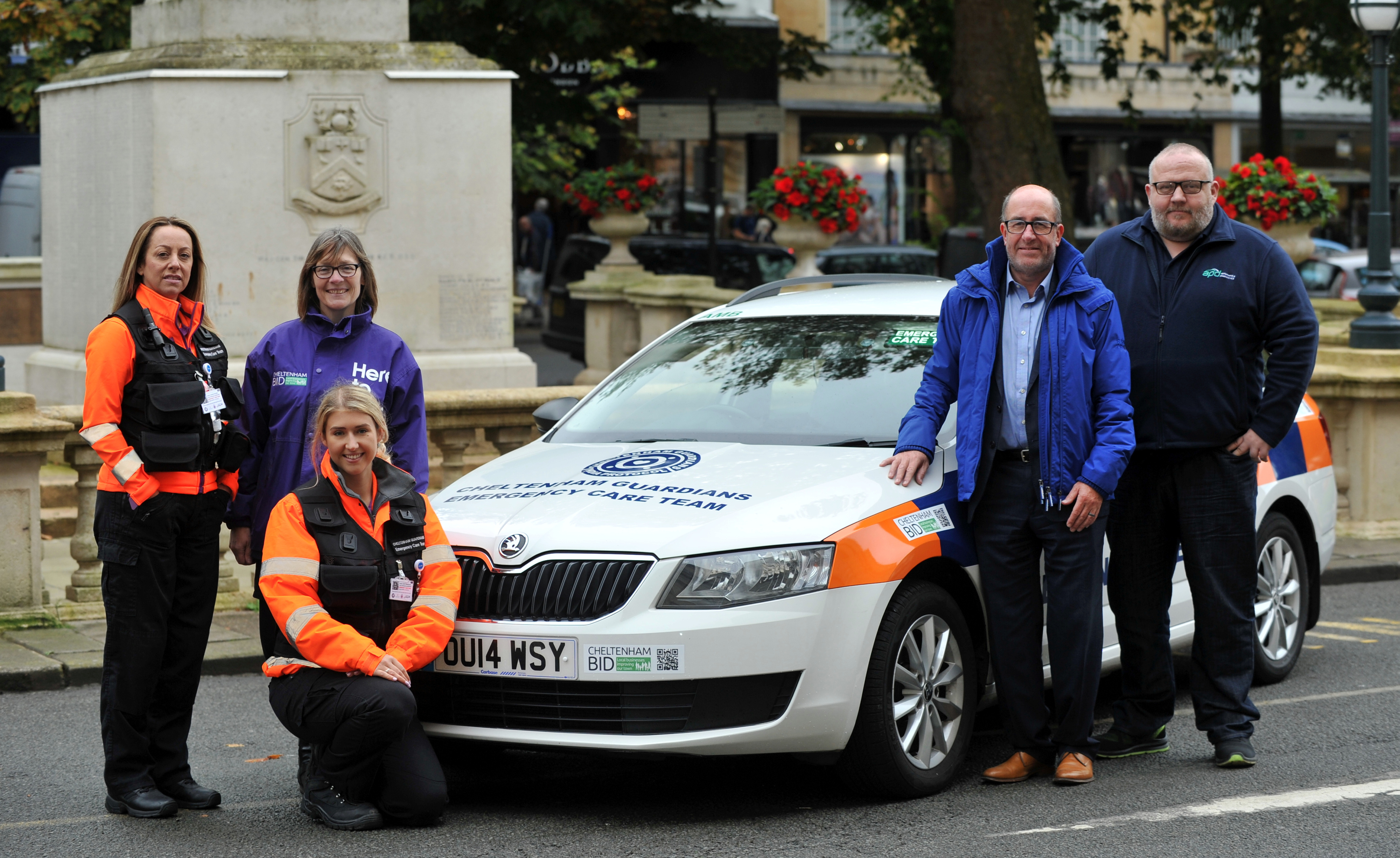 Cheltenham BID is working with Cheltenham Guardians to make the town centre a safer place.

The BID has sponsored a new Emergency Care Team vehicle for the Guardians, which can now be seen on the streets of Cheltenham.

Cheltenham Guardians are a volunteer team who operate on Saturday nights and provide safeguarding and welfare help to drinkers and others in the town centre.

Cheltenham Guardians Operations Director Terry Howard said: “Having a vehicle means that we are able to be far more responsive when incidents happen. Not only can we get across town in two or three minutes, but we can carry a wide range of kit.

“It’s important to have a reliable vehicle and I’m delighted that Cheltenham BID has supported us in this way. The BID and the night-time economy go hand-in-hand and we work directly with venues in the BID zone.”

Senior Guardian Marian Rodgers said: “It’s important to the way we operate that we have both our foot patrols and the emergency care team vehicle that can respond quickly.”

Cheltenham BID believes that the Guardians play an important role in supporting the night-time economy.

BID Director Kevan Blackadder said: “When this opportunity to show our direct support for The Guardians came along, we were delighted to get involved.

“Since they launched formally in 2016, they have played an increasingly important role in ensuring that people have a safe night out in Cheltenham.”

The BID has also been directly involved in Cheltenham achieving Purple Flag status as a town with a safe and vibrant nighttime economy. Cheltenham was named as the UK town with the most night-time appeal in awards given by the Association of Town and City Management this year.