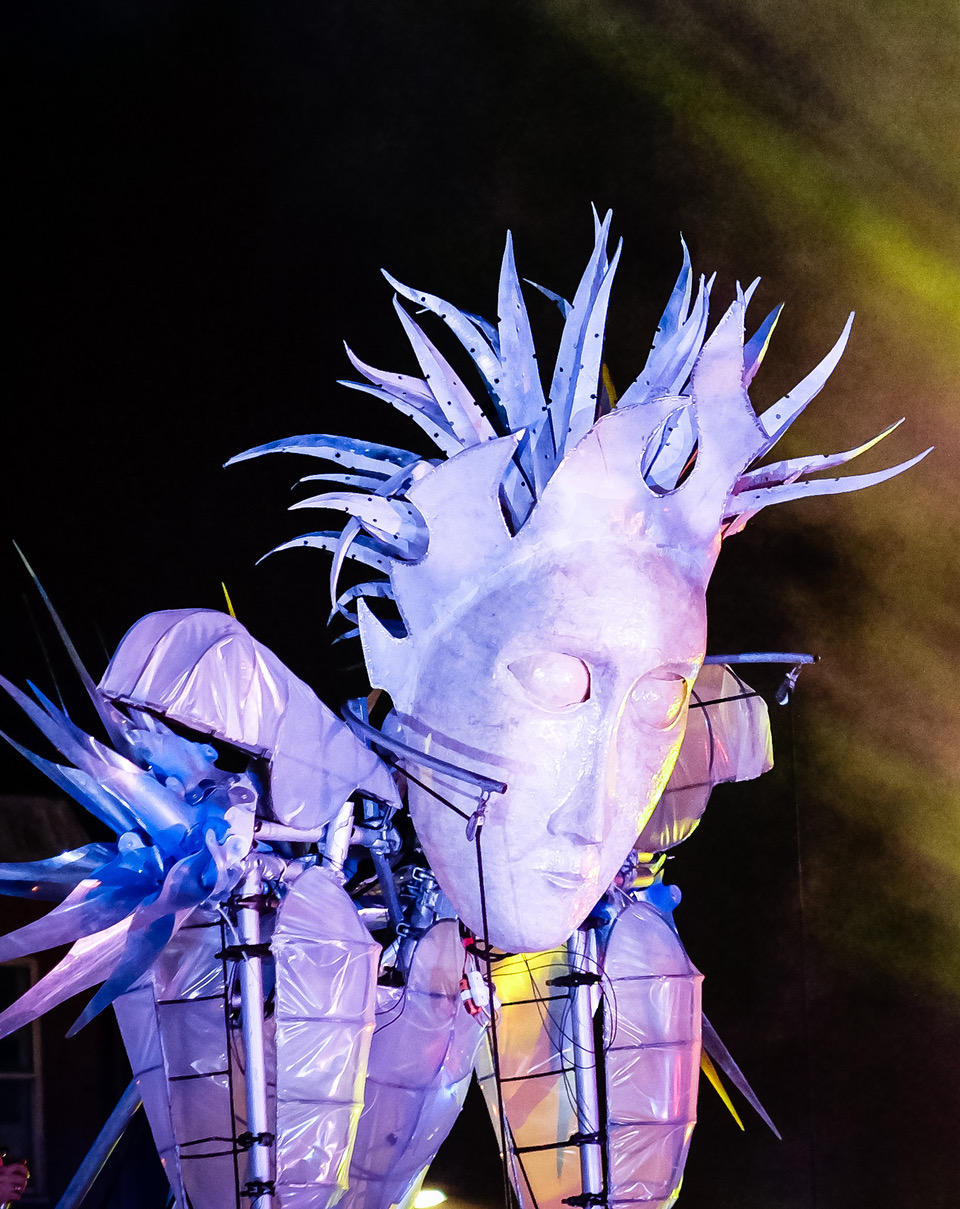 A dramatic illuminated parade will be the centrepiece of the Christmas Lights switch-on in Cheltenham this year.

A giant White Witch puppet standing more than 16 feet high on a chariot will travel through the town centre in a high-impact street theatre event on Saturday November 24.

Cheltenham BID and Cheltenham Borough Council have also invested in more lights this year, which will see illuminations in four extra streets in the town.

The show is based around the story of The Lion, The Witch and The Wardrobe in which the White Witch tries to stop Santa from having Christmas. The Cheltenham event will see her trying to stop Father Christmas from turning on the lights.

There will be lots of pantomime-style interaction for children with the White Witch and six trolls confronting Santa and his six elves. Who will win when the battle concludes on a stage at Imperial Gardens?

Cheltenham-based company, Evenlode Productions, have worked with the BID to create the event, which starts at 4.30pm and runs until 6.30pm.

The show will start in Imperial Gardens and then proceed to Montpellier, back down the Promenade, along High Street to The Brewery Quarter and Cambray Place and then back through Boots Corner to Imperial Gardens for the thrilling showdown.

Tim Mountain, production manager at Evenlode Productions, who have staged events all over the UK, said: “We’re thrilled to be working with the BID to give Cheltenham something completely different for the lights switch-on this year. I think we can promise a night to remember for young and old alike.”

The Christmas Lights were significantly improved last year, with new present motifs along High Street, new lights in the trees along The Promenade and extra features at Montpellier Roundabout and in Montpellier Street.

This year, there will be lights in The Strand, Cambray Place, Regent Street and Pittville Street, along with new illuminations crossing Clarence Parade, High Street and Boots Corner.

BID Director Kevan Blackadder said: “We’re very excited about the switch-on, which we think will provide a very different experience for people in Cheltenham.

“I’m also pleased that we have been able to extend the areas covered by lights this year. We’re keen to expand still further in future years.”

The switch-on will happen two days after the popular Christmas Market opens on The Promenade on Thursday November 22. The market will run until Saturday December 15, with Cotswold Markets then staging its Arts & Crafts Market from Tuesday December 18 until Monday December 24.

Marketing Cheltenham is supporting the town’s festive activity with an “Experience the magic of Christmas in Cheltenham” campaign.

For more information and latest updates about the lights switch-on and town-centre Christmas activities see www.visitcheltenham.com