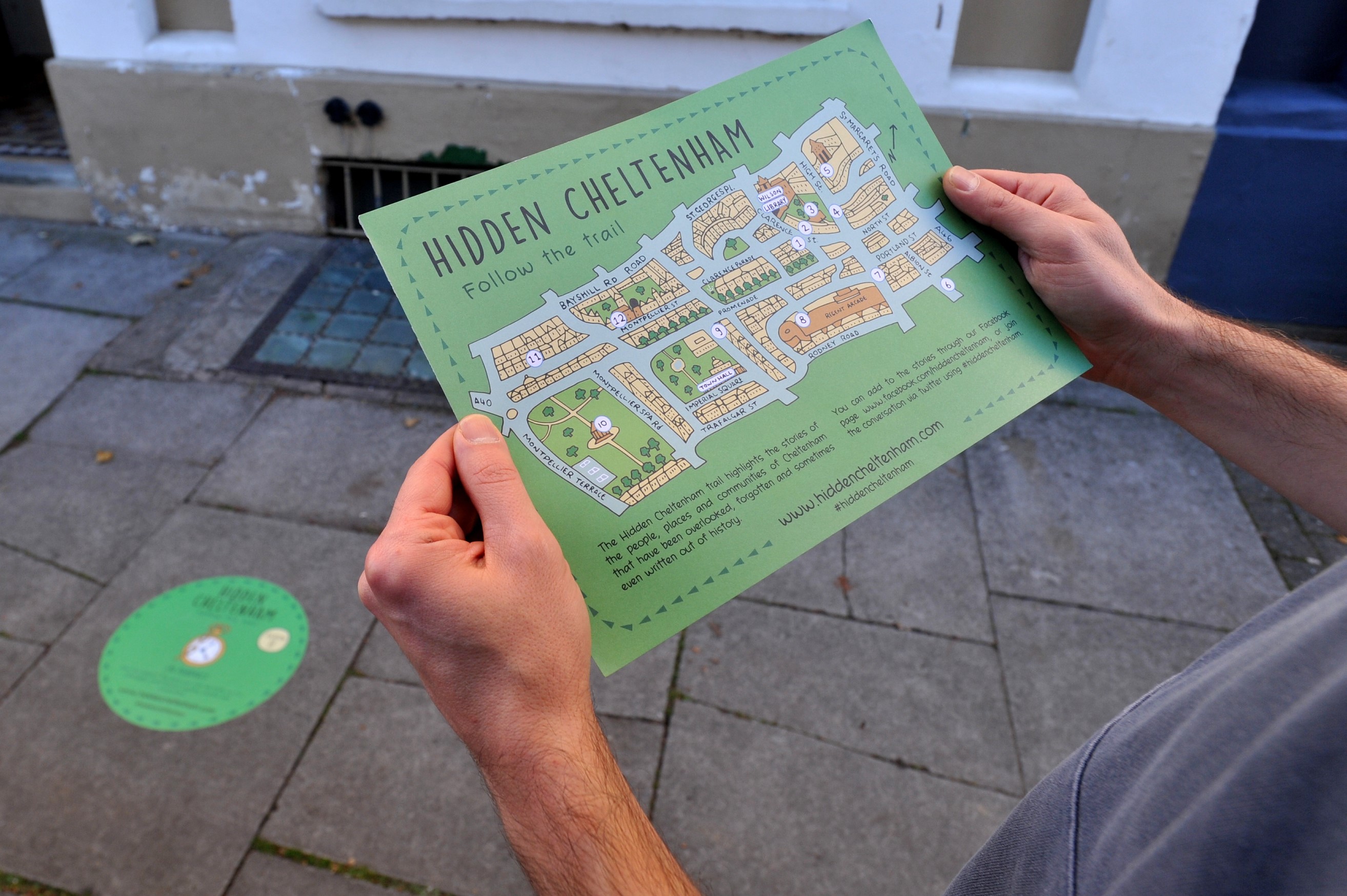 Little-known facts about some of Cheltenham’s best-known buildings and locations are revealed in a new town centre trail put together by the BID.

We hope the Hidden Cheltenham trail will drive footfall to all parts of the BID zone.

Do you know where in central Cheltenham Britain’s first jet aircraft engine was assembled?

Or where the Rolling Stones starred in one of their first concerts with Cheltenham-born Brian Jones on guitar?

Or where in Cheltenham the first successful parachute descent by an Englishman was made way back in 1838?

Hidden Cheltenham will highlight the stories of the people, places and communities of the town that have been overlooked, forgotten and in some cases even written out of history.

Each of the 12 points on the trail will have a “Did you know?” message, with maps available from The Wilson, the BID offices and many participating venues.

Hidden Cheltenham has been put together by the BID and The Cheltenham Trust and will be supported by a dedicated website http://www.hiddencheltenham.com, which is packed with information on the background to the places on the trail.

As well as modern and historic images, local experts give the lowdown on everything you could possibly want to know.

Cheltenham BID Director Kevan Blackadder said: “I’ve already learned so much about Cheltenham that I didn’t know before just from being involved in the project.

“Many of the sites are busy places that both locals and visitors walk past every day without ever realising the stories they have to tell. We think that once people find out one fact, they’ll be keen to discover more, potentially taking them to parts of the town they don’t always visit.”

Oliver Tipper, Participation Team Leader at the Cheltenham Trust, said: “We were thrilled that the BID asked us to support this project. It has been a great opportunity to research and explore some fantastic stories from Cheltenham’s past. It made us curious about how these histories are viewed now, especially by individuals and communities with a shared interest in the history.”

The website includes stories from those individuals and communities. Look for the “A Local Opinion” item on each page.