Businesses have been at the heart of developing the BID proposal at all stages.

Firstly, businesses in central Cheltenham were asked for their views in early 2015, via an open survey, which was available as an online form or through a face-to-face business visit. The survey was structured to seek the views of businesses on which improvement projects they considered would boost their performance. We also wanted to test whether they believed there should be a Business Improvement District. A strong and representative sample of 96 responses (representing a response rate of approximately 15% based on the final size of the BID proposal) was received and the main messages were as follows:

● Businesses were very supportive of a Business Improvement District

● A 1.25% BID levy would be acceptable to businesses 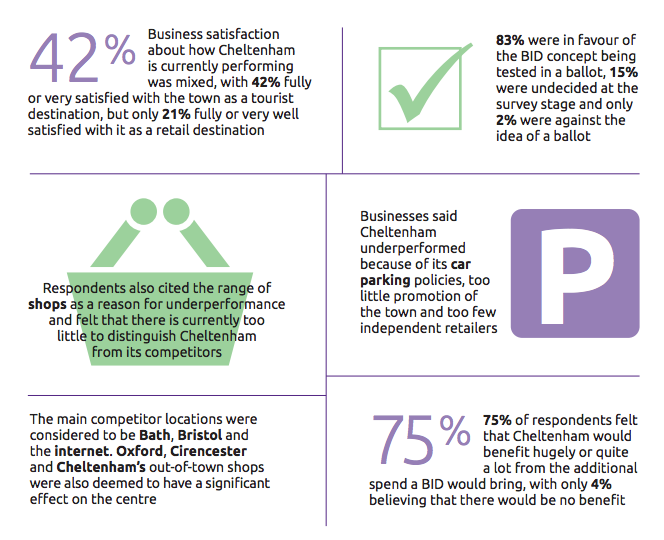