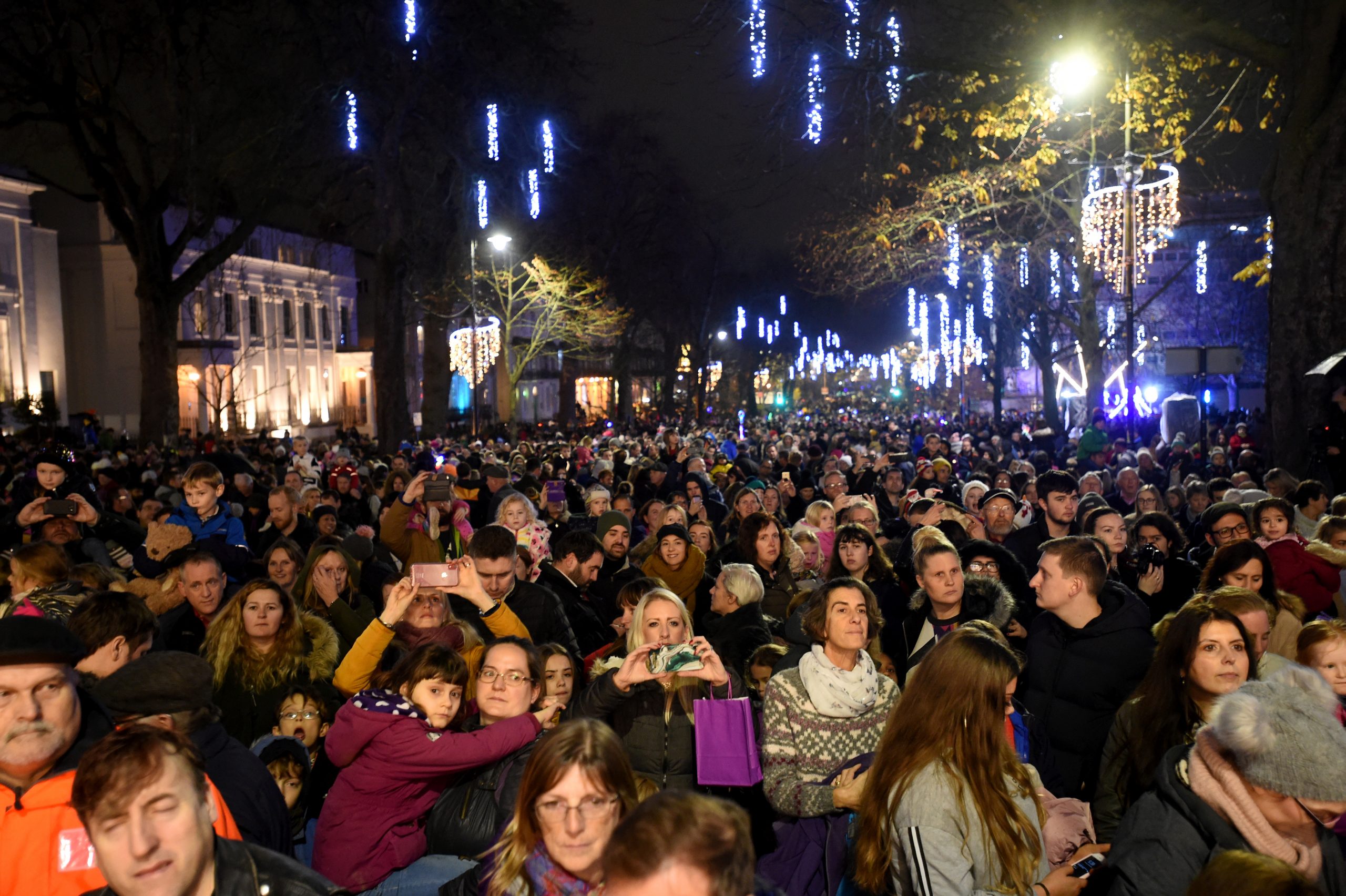 We knew it would be hard to match the event we put on to celebrate Christmas 2018 – but we did it! See photo gallery here.

On Saturday 23rd November, a traditional Christmas story was given a modern twist when the three ghosts of Christmas past, present and yet-to-come paraded through Cheltenham.  Evenlode Productions and Emergency Exit Arts took the characters from Dicken’s ‘A Christmas Carol’ and created three stunning, giant puppets who delighted the thousands of people who came to Cheltenham for the event.

The crowds that gathered to make sure Scrooge changed his miserable ways stretched from The Queens Hotel to Neptune’s Fountain as they watched Father Christmas turn the lights on.  One visitor said: “We came from Worcester to this.  It was something different and the children really enjoyed it.”

Having three characters meant we could draw crowds through all areas of the town and link them together. “It was wonderful to see people streaming down from Montpellier and gathering with those who had followed the ghosts from Cambray Place and The Brewery Quarter” said BID operations manager, Belinda Hunt.

Lights were switched on all around town, including, for the first time, Winchcombe Street.  Since the BID has been in operation, we have extended the reach of the Christmas lights to include The Strand, Cambray Place, Pittville Street, Clarence Parade, Regent Street and Winchcombe Street.  The new crossing between Boots and Primark is proving to be a popular spot for selfies. This is just one of the successful partnerships the BID has with Cheltenham Borough Council, without whose support we would not have been able to light up such a large area.

Sally from Frederick Allen Jewellers in Winchcombe Street said: “We’re pleased to see some lights up here, it makes it much more inviting. This is generally a busy side street but on Saturday it was particularly busy.”

Cheltenham really is beginning to be recognised for its spectacular light shows and the BID team are busy planning for Light Up Cheltenham in February.